All You Need To Know About IUI Treatment 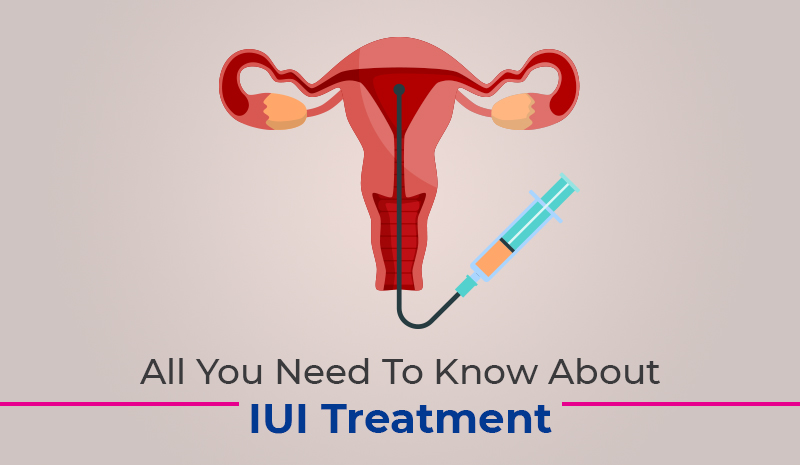 All You Need To Know About IUI Treatment

IUI – Intrauterine Insemination is considered the first-line treatment for unexplained infertility, mild endometriosis, or mild male factor infertility. An IUI is a type of artificial insemination in which sperm is injected directly into your uterine cavity near the time of ovulation. IUI is a relatively simple fertility process.

How is an IUI performed?

Ovulation occurs usually once in every menstrual cycle when hormone changes trigger an ovary to release an egg. During the procedure, the male partner will be asked to provide a semen sample about an hour or two before being scheduled for insemination. This is done by masturbating into a sterile container. The semen is “washed” to separate the sperm from the seminal fluid. This must be done before the sperm can be injected into the uterus because the seminal fluid contains substances that can irritate your uterus. Sperm “washing” may also improve the ability of the sperm to fertilize the egg. The IUI procedure places the sperm cells directly into the uterus so that the sperm starts its journey closer to the egg. Since the goal is reaching the egg and fertilizing it, cutting down on the time and distance of travel helps improve the sperm’s odds of success, as it’s more likely to reach the egg.

IUI is recommended for:

IUI is not recommended for:

The chance of becoming pregnant with multiples is increased if you take fertility medication when having IUI. There is also a small risk of infection after IUI. Sometimes the ovaries over-respond to fertility medications (particularly the medications given as injections) and a condition called ovarian hyperstimulation syndrome may result. A large number of eggs may be matured at one time and possibly released. This can result in an enlarged ovary, fluid buildup in the abdomen, and cramping. In very rare cases, ovarian hyperstimulation syndrome can result in fluid buildup in the chest and abdomen, kidney problems, blood clots, and twisting of the ovary.

You will probably know in about 2 weeks – if you become pregnant, you will most likely miss your next period. A blood test will confirm whether or not you are pregnant. If a woman does not become pregnant after an IUI cycle, they may have to repeat the procedure. Pregnancy rates following IUI are varied based on your reasons for needing fertility treatment. Success rates for IUI tend to decrease in women over the age of 40, and in women who have not gotten pregnant after three cycles of IUI.

For a successful IUI in the first attempt, Aaradhya fertility clinic is the best clinic in Andhra Pradesh which is providing worldwide treatments with advanced technologies. For a safe journey towards parenthood, call us on +91 88865 92229 and book an appointment.